53,000 people are newly diagnosed with an oral or oropharyngeal cancer.
The death rate from oral cancer is about 43%. 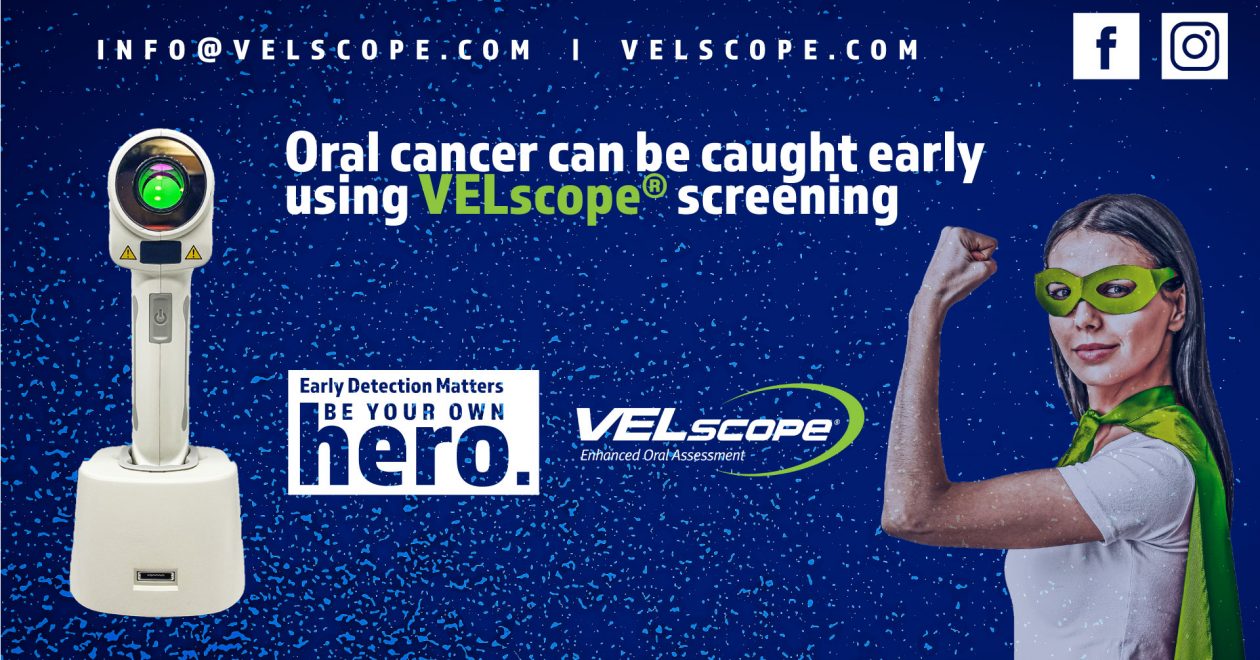 Apr. 21—DICKINSON, N.D. — Each year in the United States, more than

53,000 people are newly diagnosed with an oral or oropharyngeal cancer.

The death rate from oral cancer is very high: About 43% of those diagnosed will not survive more than five years.

In western North Dakota, there is a dental practice that has acquired a new technology that is able to detect cancer much earlier — two years sooner, a Dickinson, North Dakota, dentist says.

Robinson Family Dental in Dickinson is one of the few dental practices in the region to use this technology that was developed in 2006.

“So if you’ve ever heard someone say, ‘Your eyes are the window to your soul,’ your mouth is actually the window to what’s going on inside your body,” Dr. April Robinson said. “So a lot of times, you see your dentist more than your physician. We can check and find things going on that are indications that you’re having health issues, and then we can send people right away to see their physician.”

Using a specialized light — blue light causes stimulation of the epithelial cells with areas of abnormality appearing darker in color — Robinson said the VELscope is able to identify a variety of abnormalities.

“So what it can do is when I do a regular oral cancer screening, I just visually look at someone’s mouth. I pull out their tongue; I look all around. Well, the VELscope light can actually penetrate all the way down to the bone,” Robinson said. “So instead of just seeing the surface, it can go all the way down to the bone and things will show up a different color. So that’s why it can detect things early.

“The other cool thing is oral cancer usually shows up as a red lesion. Well, everything in your mouth is red. So it’s really hard to detect, it’s really hard to find. And this actually, what’s great about it is when there’s inflammation in your mouth, it shows up a different color because you have different cells being activated right there. So not only can it detect oral cancer, it can detect inflammation.”

If someone is dealing with a sore that won’t go away or gums that won’t stop bleeding, it could mean various diagnoses such as high blood pressure, diabetes or vitamin deficiency. If the VELscope detects an abnormality, the dentist will then refer the patient to their physician to have that looked at further.

During dental school, Robinson said she took two years of oral pathology that has helped her understand what the various colors mean using VELscope.

When Robinson comes across something that may be questionable with the VELscope, she uses an iPhone with built-in technology that is able to capture the footage. She will then send those pictures documenting that exact spot to the patient’s physician or oral surgeon, so they know exactly where to biopsy.

Actor Stanley Tucci, who has starred in countless films including “The Devil Wears Prada,” shared his story of being diagnosed with oral cancer in 2017

in the March 21 issue of People magazine.

After an oncologist pinpointed a 3 centimeter tumor, Tucci “underwent intensive 35-day radiation treatment and seven sessions of chemotherapy that ravaged his senses and left him unable to eat and dependent on a feeding tube.”

“The problem with oral cancer is it’s absolutely devastating to have part of your tongue taken out, part of your jaw taken out. It affects people’s self esteem,” Robinson said, noting, “… There is one person diagnosed with oral cancer every hour of every day. It’s bigger than people know about because we just don’t talk about it.”

Since the coronavirus altered some people’s views on viruses, health care professionals are learning more about how viruses change a person’s body, Robinson said, adding that VELscope is also able to pick up viruses, bacteria and fungal infections inside a person’s mouth.

According to Robinson, 25% of people who are diagnosed with oral cancer haven’t done anything wrong. Some factors that can increase a person’s chances of getting oral cancer include tobacco use, excessive alcohol consumption and excessive unprotected exposure to the sun.

“And not to be blunt, but I’m going to be. People’s mouths are dirtier than their butts. I mean, think of all the things you’re putting in there and you have these big, huge lymph nodes on the back of your throat and back of your tongue that are like a safety net. They’re trying to catch everything before it goes into your body … Everything goes in there,” she said. “We touch stuff and then we touch inside our mouth way more than the outside of our skin or anything like that.”

When using the VELscope, Robinson will first check out a person’s lips because that is a common area where cancer develops due to sunlight exposure. Then she’ll work her way inside the mouth and is able to look down at the lymph nodes — which would be impossible for a person to do just by looking into a mirror, she said.

“It’s something easy, it doesn’t hurt and it can save someone’s life. It’s a win-win for everyone. That’s what I like about it,” she said, adding that the procedure is about 2 minutes.

In about 2 minutes, Robinson noted that a simple oral screening with VELscope is known for its high success rate.

“I had one gentleman come in — he’s like 82 — and he had something on his lower lip. And I made him go right to the physician afterward … It was cancer on his lower lip. And they took it out immediately and he’s just fine. He’s 82; he was so happy. But his physician wouldn’t have caught that because he doesn’t go in very often,” she added. 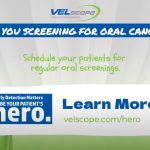 Previous Story
The Tooth and Nothing But The Tooth
→ 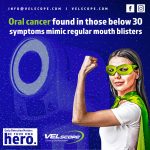 Next Story
Oral cancer found in those below 30