In an exclusive interview with PEOPLE, the mother of Gwyneth Paltrow talks about her Oral Cancer Diagnosis. Danner was diagnosed in 2018. 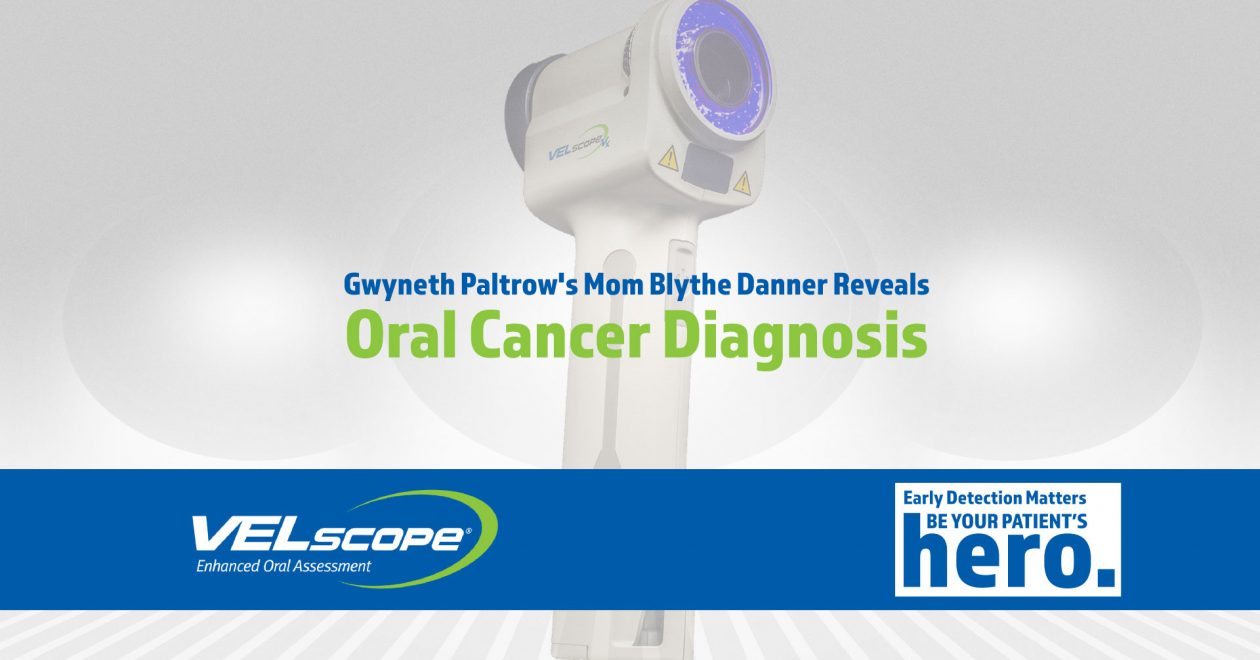 Emmy-award winning actress Blythe Danner shocked fans when she revealed she battled oral cancer diagnosis – the same kind that killed her husband Bruce Paltrow in 2002. In an exclusive interview with PEOPLE, the mother of Gwyneth Paltrow said, “Everyone is touched by cancer in some way, but it’s unusual for a couple to have the same cancer.” Danner was diagnosed in 2018 and shared, “I remember I looked up at heaven and said to Bruce, ‘Are you lonely up there?’ It’s a sneaky disease. But I’m fine and dandy now. And I’m lucky to be alive.”

The Meet the Parents star was working in London when she noticed something was wrong. She said, “I started feeling very woozy and I was forgetting everything. And then I felt a lump in my neck, right next to where Bruce had found his [in 1999].” The 79-year-old was diagnosed with adenoid cystic carcinoma, a rare form of oral cancer that often develops in the salivary glands. “I kept it from my kids for a long time. I wanted to forge ahead as a mother, and I didn’t want them to worry.”

Danner had two surgeries soon after her diagnosis and then a third one in 2020, which removed the cancerous tissue. In addition, she went through radiation and chemotherapy. She shared, “I wasn’t quaking in my boots. I don’t have any fear of death at all.” The grandmother of four reflected on the death of her husband whom she was married to for 33 years. “You never get over that kind of loss,” says Danner. “Bruce was the heart of our family. And life is so much paler without him around. But grief is the price we pay for love.” She added, “I think we’ve all become somehow stronger. It’s a bit of a crapshoot — this disease and this life. But I’ve had a career, great kids and a loving husband. I’m very grateful.”

Eat This, Not That! Health spoke with doctors who have not treated Danner about signs of oral cancer to watch out for and what to know about adenoid cystic carcinoma, which affects about 1,200 people a year. If you have any symptoms of adenoid cystic carcinoma, please see your dentist for an exam and consult your physician for medical advice. You can also visit the Oral cancer Foundation for more information.

What to Know About Adenoid Cystic Carcinoma

Dr. Craig Glick, General Dentist and Oral Health Practitioner explains, “Adenoid cystic carcinoma is a relatively rare form of cancer that commonly develops in the salivary glands. It can also occur in other parts of the body such as the breast, tear and sweat glands , prostate gland in males and the cervix in females. If detected early, oral cancer can be cured in 80 to 90 percent of patients. It can appear anywhere in the oral cavity including the cheeks , tongue, gums, roof of the mouth, lips and throat. “

Dr. Kerner explains, “Oral cancers encompass many different types of cancers.  Most are primarily squamous cell carcinomas which can involve the oral mucosa, tongue, palate, tonsils and larynx.  Adenoid cystic carcinomas are a subgroup of oral cancers that primarily affect the major and minor salivary glands.”

According to Dr. Stoll, “People should know that oral cancers can arise in different areas in the head and neck region. For example, they can originate in the oral cavity, pharynx, larynx, nasal cavity, salivary glands, and other locations. Oral cancer includes various types of histopathology, for example squamous cell carcinomas or adenocarcinomas. Risk factors for oral cancer include tobacco use, heavy alcoholic consumption, and most recently in people who are HPV positive ( human papillomavirus). Highest rates of oral cancer are usually in older males, typically 40 years and older.”

Dr. Stoll shares, “Adenoid cystic carcinoma, although rare, is still treatable. Complete surgical resection is the gold standard treatment. If patients with this type of cancer have what we call ” high risk features” such as positive margins after surgery or high- grade cancer as opposed to low- grade cancer, then radiation may be added after surgery as well as chemotherapy. The survival rate typically depends on the stage of the cancer as well as how far advanced the cancer is. For example, those with an early stage cancer have a much better survival rate compared to individuals with more advanced disease, where the cancer has spread to other locations such as regional lymph nodes.”

According to Dr. Kerner, ” The signs of an adenoid cystic carcinoma primarily are a mass in the saliva glands or neck, numbness in the facial region or facial paralysis with a mass in a salivary gland. Blythe Danner’s symptoms are not typical for adenoid cystic carcinoma unless the tumor had traveled up a nerve in the skull region and involved her brain. It is a sneaky disease in that it grows in unusual locations, tends to grow slowly, can cause numbness and tingling depending on the anatomic site, and is hard to detect by primary care physicians. Any symptoms such as hoarseness, facial weakness or numbness or a mass in the head and neck region that does not resolve in a few weeks must be evaluated appropriately by a specialist such as an Otolaryngologist-Head and Neck Surgeon, or an Oral Maxillofacial Surgeon.

Dr. Kerner adds, “Since these are rare cancers, screening isn’t a valuable use of resources.  Anyone with the above symptoms that do not resolve readily within a few weeks needs to be checked out with a detailed head and neck examination by a qualified specialist, and then appropriate imaging studies such as MRI or CT scans as indicated based on the examination.”

Dr. Stoll says, “People should certainly be on the lookout for a painless mass in the head and neck region, non -healing ulcers, nerve pain, congestion, feeling ” woozy ” such as how Blythe Danner presented, vision changes, or headaches if the disease is more advanced.” He adds while there’s no known cause of the cancer, there are a couple ways to help reduce the risk. “I believe that living a healthy lifestyle can play a huge role in preventing many types of cancers in general. The interesting idea with adenoid cystic carcinoma is that we do not know the exact cause. However I would certainly recommend tobacco and alcohol cessation for starters. I would also recommend yearly mouth checks, especially for those who are considered higher risk.”

Dr. Greg Grillo DDS with Express Dentist says, “Many Adenoid Cystic Carcinomas advance through early stages without any clear symptoms. Symptoms will depend on where in the body the tumor is located and its progression. Signs and symptoms may include:

Jonathan Richter D.D.S., F.A.G.D. Specializing in Periodontics and Implantology, Periodontal Prosthesis and Fixed Prosthodontics explains, “Adenoid cystic carcinoma (ACC) is a rare type of cancer that forms in the salivary glands. It can also affect your throat, mouth or other parts of your body, including your tear or sweat glands. While ACC is slow-growing with a high five-year survival rate, it often comes back after many years.

Oral cancer screening is paramount and should be done at every dental check up. All dentists should do a verbal questioning about family history as well as questions about smoking and drinking and any other risk factors. The exam should consist of a visual and physical exam to feel around the mouth and head and neck.”

Dr. Stoll explains, “I think that over time, just like other types of cancers, we have more knowledge regarding oral cancers as far as screening, prevention, and treatment goes. We know that it is better to screen ” high risk” people more frequently, especially those who are older, smoke, or drink moderate to heavy amounts of alcohol. We have also discovered that HPV definitely plays a role in oral cancers. This makes vaccination against HPV that much more important. I would say that we also have more options as far as imaging goes such as CT, PET/CT, MRI, and ultrasound. Tumor board meetings are very important discussions where a patient’s case is discussed amongst multiple physicians such as surgeons, medical oncologists, and radiation oncologists. Meetings like these make it much easier to come up with a great treatment plan for that specific individual.”

r. Grillo says, “Dentists and hygienists are more likely than decades ago to conduct head and neck exams by examining and palpating tissues in and around the mouth. This focus increases the likelihood of detecting an unusual lump that requires follow-up. Furthermore, today’s imaging technology provides more detailed information than in the past if an unusual area is identified. Still, the slow-growing nature of this carcinoma can make it difficult to detect and evaluate unless it’s producing discomfort as it enlarges.” 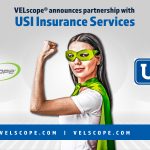 Next Story
FOCUS ON: Oral Cancer